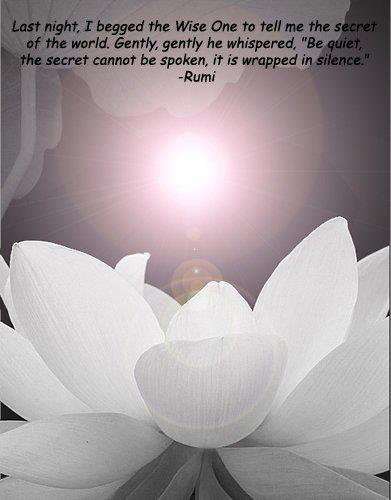 The following piece  was written by an Indian writer and mystic named Jagdish Chandra.  He was a practitioner of Raja Yoga Meditation, a true yogi who valued the power of silence,  and an ardent lover of the Supreme from whom he imbibed tremendous jewels of knowledge.

In this excerpt, he challenges us to look into the personal writings of some of the great scientists of the world to see how successful they felt on the inside. The article begins by looking at the impact that Darwin’s theory of the ‘survival of the fittest’ had upon society and upon Darwin, himself.

“If one believes the principle of ‘the survival of the fittest’, then life becomes very depressing.  Darwin himself experienced this.  Although many are familiar with his theory of evolution, how many have read his personal letters which he wrote to his friends and colleagues?

Read those and you will find how unhappy his life was!  You would come to know the extent to which his life was full of sorrow.  At the end of his life, as he lay sick and dying, having realized that he was not going to survive anymore, he wrote about how a funeral was going on outside his window.  He could hear women’s’ voices singing songs in God’s remembrances, with lots of intoxication.  He felt their happiness and came to realize that his own life was a sorrowful one.  He thought: ‘I am dying at this moment, my body is going to be left, and what have I attained?’  He was overwhelmed by feelings of sadness and peacelessness which he could not understand.  He felt he had no answers and had attained nothing in life~

Many others have revealed similar experiences.  Read the autobiography of Albert Einstein, and see what he said at the end of it!  Read the books of famous scientists. Their principles are taught in our colleges, but what of their life-styles and the inner state of their minds~these things are not widely known.

Many scientists struggle with their minds and the question of what they have attained in life plagues them.  Their principles of ‘only the worthy can survive’, ‘struggle for survival is necessary’, ‘a violent nature is a natural instinct of humanity’, caused so much loss in their lives.

If these principles are lived by and considered true, then war would exist as a natural and obvious aspect of life.  So why talk about peace?  Close the United Nations!  On the basis of such principles, one nation is bound to attack another nation because to attack violently and to fight is the natural nature of humanity.  They say that our ancestors are monkeys and that is why human beings act just like monkeys.  If this is the case why expect good behavior from human beings at all?…

Due to these wrong ideas turbulence has broken out throughout the entire world. Fighting and quarreling have increased.  Of course, before these ideas, humans also used to fight and quarrel due to not knowing the Self.

However, when you explore history, especially after the introduction of the principles of Charles Darwin, Sigmund Freud, and Karl Marx, you will find that the bloodshed which has occurred in the world has become immeasurable.  By considering themselves to be naturally violent by nature, humans have killed other fellow beings and fighting has happened to an extent unprecedented in earlier times.  Earlier, at least some manners used to exist within humanity.  But since these ideas have taken root, such manners have finished and immense violence has entered human life.”

Brother Jadgish dedicated this divine gift of writing towards the establishment of a new world.

Aloha Lovely Soul, Thank you so much for coming to visit me at Enlightened Answers.! I really love it when souls find benefit in what I'm writing. These writings are based on daily spiritual study and meditation which when applied in life create a truly valuable way of life for the present and future lives as well. It has been such a wonder to be tucked away in the Hawaiian Islands in the middle of the Pacific Ocean for 27 years. The past 20 have been on the oldest and most serene island of the Hawaiian chain~the northern most island of Kauai. Most people don't realize that Hawaii is made up of a chain of seven islands, sometimes related to the seven chakras of the human body. As Kauai sits at the top of the chain; it is often called the "crown" of the Hawaiian islands. Who am I? I am a spiritual elder and practitioner of Raja Yoga Meditation. I am a healer of hearts because I have surrendered to the Almighty who has healed mine. I offer Spiritual Empowerment sessions that assist with building trust, faith, and strength in the Self. For each of the past eight years, I've had the wonderful fortune to have traveled to northern India to the Brahma Kumari World Spiritual University on Mt. Abu, Rajasthan. This wonderful place is also called Madhuban, which means Forest of Honey. It is a pilgrimage place dedicated to the Remembrance of God; a place to attend classes, a place to meditate by yourself or with many others; and a wonderful place to commune with like-hearted souls. It is an exceptional container reserved for souls who wish to live according to the highest codes of conduct. It is a place designed for souls to have a deep, rich, and loving meeting with the Supreme Soul. My annual journeys here have enriched my life immeasurably, beyond words. Who am I? I am a peaceful soul who honors the peaceful soul of you. I am a lover of Truth and hope that you are able to glean deep soul answers in these writings which I , who once who was so lost and who is now found, shares with you. Take the jewels that touch you, make them your own, and share them, for giving and receiving is a good part to play at this time of transformation of souls and of the earth. If you are interested in going deeper, please do not hesitate to call upon me at 808-639-9436, Many Blessings from My Heart to Yours, Shivalaya View all posts by donnadalessio

One thought on “The Personal Side of Science”

This site uses Akismet to reduce spam. Learn how your comment data is processed.