Source: She Rocks the Soul of All Who Listen~ 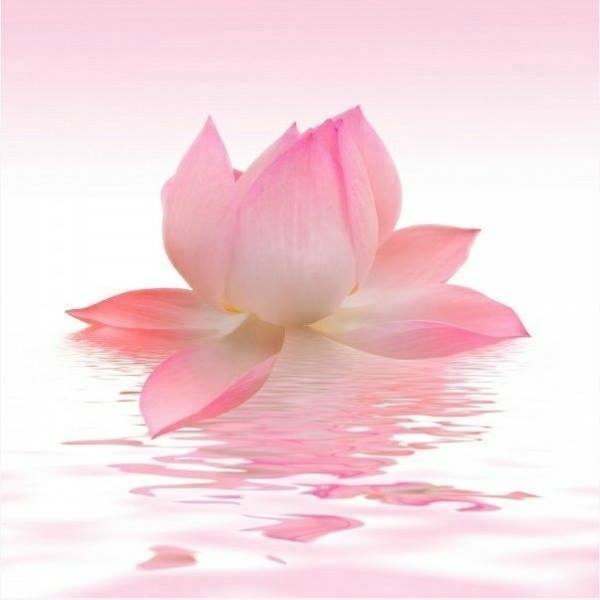 In the practice of Raja Yoga Meditation, one method to connect with your inner peace is through the thought ‘Om Shanti’.  These 2 words point to the awareness of our eternal state of peace and our true spiritual identity.  By thinking or saying Om Shanti you are claiming your natural state of peace to emerge.

In Sanskrit, Shanti means ‘peace’ and Om means ‘I am the soul’.   Together they affirm that I am a peaceful soul.

As you accept Om Shanti as a reality and focus upon it, your power of peace and serenity manifests as a powerful vibration bringing your true nature of peace to the surface of your life and you become a wonderful force of peace in the world around you.

It takes just a few seconds of concentration to connect with the soul-self and the current of peace and tranquility.  Practice for 10 to 20 seconds, as many times throughout the day as you wish, to establish and sustain the awareness of the peace which abides within you, the soul.  Your Om Shanti current will never fail to energize your peacefulness.  However, it must be practiced with complete attention.

What follows is a wonderful testimony from a young woman in her twenties, a first time participant in one of our Raja Yoga Meditation sessions.  “My first encounter with Raja Yoga Meditation at a Solstice Gathering on Kauai was simply wonderful.  It filled me with a sweet sense of light that uplifted and acknowledged my soul.  One of the most profound experiences of the evening was realizing how powerful it is to recognize and deeply connect to soul-consciousness.

The soul is our source of our existence.  I am deeply thankful for everyone who drinks from this well of light.” 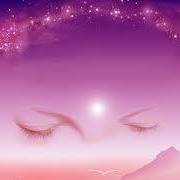 There is history here, an inner history that helps the soul to mark changes made over time.  As I, the soul, review this journal, I note that, physically I have shifted from Big Island , the youngest and most volcanic island, to Kauai, the oldest, and for a lot of us, the most serene and beautiful!

I read with the awareness of a gold miner finding hidden treasure.  I am acutely attentive to subtle shifts in consciousness that can be found within myself.  I do a lot of sifting to find the golden nuggets, to bring them into awareness, and polish them into action.

This midnight blue notebook was started on January 24, 1999 in Waimea, on the Big Island of Hawaii.  It has been holding these thoughts securely within its covers for decades.  This journal, called the Passages Journal, was designed with insightful quotes from well known authors and poets,  beautiful reference points on the landscape of the human heart.  The first one that struck me was this quote from Emily Dickinson, America’s beloved poet and hermit:

“I dwell in possibilities”

It brought me to wonder at the enormous possibilities that are emerging for our world as well as within me. On the next page, another jewel,  from Oscar Wilde, the Irish poet and playwright:

“Life is not complex.

We are complex.  Life is simple,

and the simple thing is the right thing.”

It is crystal clear, that I have been moving into the simple truth of the value of simplicity all along.    Leonardo da Vinci, (who needs no introduction) also reminds those of us who have become invested in the standard of “more”- that : “The greatest sophistication is simplicity.”  And now back to the journal

Here I sit at home with the green hills and pastures of Waimea, all around me.  Alone, but for a jet black puppy and the great presence of the wind, whipping down the steep slopes of Mauna Kea, relentlessly cleansing the air.

Has God truly chosen me to have a spiritual relationship?  A relationship in which we both grow in Divinity, becoming bestowers, rather than takers, givers rather than users, seeing the magnificent soul within the other at all times?

Such a fulfilling evening with A.  We listened to Peter Gabriel’s  “Passion: the Last Temptation of Christ” over and over again.  We enjoyed each other’s company.  I spoke of what marriage means to me and he explained truthfully that he is still healing from the breakup of his.  I prepared dinner for us and invented a new “magenta” salad dressing from beet juice, avocado, and macadamia nut oil & chilies.  We drank a fine Bordeaux and sat side by side on a chair big enough for two.

He brushed my hair.  I wore lavender and plum.  He openly enjoyed the colors and the conversation. There is a great attraction here that goes deeper than what meets the eye.

AFFIRMATION:  I release all that is unlike love.  There is time and space for everything I want to do.  I lovingly forgive myself.  I am free.

This journal lay dormant for seven years, patiently awaiting its time once again to receive more of this soul’s thoughts.   The relationship that had inspired the initial writing wasn’t destined to last. But it was a precious stepping stone and seeded a deep longing for a Higher Love, a relationship with the Divine. During that silent seven years,  I left the Big Island of Hawaii and relocated to Kauai, the northern most island in the Hawaii chain.

I  settled in Wailua Homesteads, the east side of the circular island, behind the Sleeping Giant for another eight years.  Wailua, on Kauai, looks much like Waimea on Big Island. They are both on the mountain side {mauka}, blessed with gentle mists and cool temperatures and richly landscaped with green pastures and graceful mountain slopes.

However energetically Big Island and Kauai are worlds apart.  Hawaii (Big Island) is like a passionate teenager, with her extremes of climate and lone stretches of lava covered landscape that look like the surface of the moon!  Kauai, on the other hand, is a gentle, beloved grandmother, whose beauty has become refined through the years.  She is sweet, mystical, and naturally beautiful.  Each is unique and holds a special place in my heart.  But Kauai is home. I’ve been here more than twice as long as I was on Hawaii. Kauai has staying power!

This was the year it rained for forty days and forty nights without stopping on Mama Kauai!  March, 2006!  The outpouring of water from the heavens caused a dam on the North Shore, in Kilauea, to  break, creating a thrust of  water that washed a huge land mass out to sea along with five souls living in its treacherous path.  It was during these days of massive rain that these feelings were born:

“I feel dormant like a seed, waiting to sprout, to be released from its softening shell, eager to emerge through the fertile soil, to bask in the sunlight and blossom.

In this season of nature’s turmoil of shifting streams of water, earth, and thoughts, I know one thing, for sure, Love is Eternal; it is present in every season.

It brought with it a knowing that my own fulfillment was also coming, as natural as a fruit coming into fruition in its own season.  I eagerly awaited its full unfoldment.  A passing car honked in affirmation to acknowledge the truth of this knowing of the coming of a new season of love. And so in full wonder, I entered the gateway of my 60th year, upon the beautiful face of this earth.

The rains had softened my skin and tempered my attitude making it pliant and patient.  Solitude and silence birthed a spark in the soul, a longing for the joys of the true household path , a blending of the present with the future, a vision nurtured by love… brought with it the remembrance of another place, another time, a dimension befitting  gods and goddesses,  heavenly deities,  children of the ONE floated into my consciousness.

A metamorphosis of the soul was taking place in the silence, enhanced by the cleansing power of the rain which dominated the outer landscape and  watered the inner with a clear vision of a perfect union and indestructible happiness.

Beloved of my Soul, YOU are here, close by, experiencing me as I experience you through this most natural of occurrences…rain, rain, and evermore rain.

My soul called out for more rain, more wetness to fuel the cleansing, to purify the ethers of this island where vice had taken its toll upon the aina in the form of greed and deceit!  Maya had dominated the scene for too long, and set into motion, an influence upon souls to grab up as much of paradise for themselves, as possible.  Thought forms of anger, lust, greed, attachment, and ego were filling up the etheric waves of this precious island, as well as the rest of the planet.

Do not vibrate with these negative thought forms.

Shift to another channel, another frequency!  Attune to innocence and purity and the pure desire of the soul to recharge and unite with the One.  Unite with the One who offers true Paradise on the palm of His/Her Hand.

NOW a Higher Love was being called into Being!  A return to the original portrait of the world designed by the Creator for health, harmony, happiness, and prosperity.  All was coming alive during this time of the Great Rain that I sensed was washing the vibrations of Mama Kauai into her true, pristine form of long ago.

I moved forward in consciousness to a time when I, too, was pristine as a mountain stream.

Master Almighty Authority, the Ocean of Bliss, Ocean of Peace, Ocean of Love, the Bestower, Compassionate One, the ONE who shows the way to Supreme Happiness.  The Supreme Benefactor  invokes the children to listen, to follow, to study,  and to remember their love for the One.

Return home to the garden within the soul.  Assess it carefully and prune back the weeds that have been allowed to grow rampantly.  Become a flower.  Grow under the canopy of the One. Grow without restraint for the perfect blueprint lies within the seed of the soul.